Thanks to the launch of UV leak detection flashlights and fluorescence flashlights, the process of observation has been leveraged and played a critical role in technological development and criminal investigation. A UV flashlight emits ultraviolet radiation, an invisible light that can highlight certain objects. In particular, dyes, minerals, and body fluids can exhibit fluorescence, illustrating that they can easily be detected under UV light. 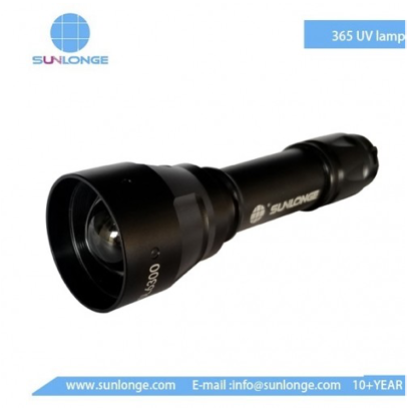 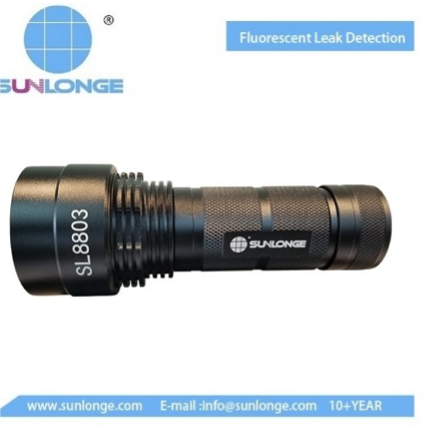 Despite the great efficiency and effectiveness of UV leak detection flashlights and fluorescence flashlights, they contain several potential risks which should be carefully considered. Given that the fluorescence effect is determined by the wavelength and the power, they are also the determinants of its risks and dangers. Since the wavelengths of UV-B, which range from 280 to 315 nm, are shorter than those of UV-A, which is about  315 to 400 nm, UV-B is more harmful. The major risks include the following:

UVB and UVC can cause sunburn and pigmentation. Under long exposure, loss of skin elasticity can be resulted as premature aging. In addition, studies illustrate that there is an association between wavelengths skin cancer.

UVB and UVC can lead to corneal inflammation, also known as photokeratitis. Its initial symptoms consist of slight discomfort, inability to look at bright light and loss of clear vision. On the other hand, conjunctivitis can also result. It contributes to an uncomfortable sensation, which has a similar feeling to sand in the eye.

In fact, compared with a 3W UV leak detection flashlight, natural sunshine emits 32 watts of UV energy per square meter, which is 30 times that of the flashlight. In general, the potential harm of sunshine is much stronger than a flashlight. However, we should not completely oversee its possible consequences and should strictly follow the safety guidelines to minimize exposure.

The areas of application of UV sources should be limited. The entrance to these areas should also be equipped with warning signs. In advance of any procedure, technicians should wear protective eyewear and gloves and cover their arms and neck to limit the time of exposure. During the application, technicians should never directly look at the beam. When the source is not used, technicians should close the beam with a manual or electronic shutter.

Both UV leak detection flashlights and fluorescence flashlights have contributed a lot to the process of detection and investigation. They are equipped with uplifted energy efficiency, lower costs, and improved productivity. To maximize the fluorescence effect, technicians should match the wavelengths with the objects to decide on the most suitable flashlights to use. However, we have to admit that they are associated with several risks despite having a lower UV energy than natural sunlight. Technicians should be aware of their potential risks, and accordingly, adopt different safety precautions to minimise their consequences. With careful application, UV leak detection flashlights and fluorescence flashlights can be one of the greatest supporters of other innovations and process developments.