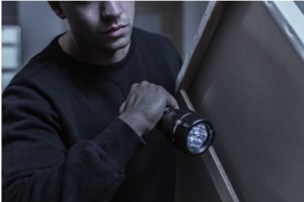 A fluorescence flashlight is frequently used to enhance the ability to observe and identify defects. Its main applications contain inspection of paints and safety markings against counterfeit products, defect inspection, product labelling, forensic analysis, geographical analysis and tracking and tracing. With the evolution of lighting technology, the options of light sources for fluorescence flashlightshave progressively increased, ranging from broadband sources to LED sources with distinctive features.

Broadband sources, for instance, mercury-arc and tungsten-halogen lamps, have been long-established and one of the most popular sources for fluorescence flashlights. Typically, the broadband sources are produced by a metal filament heated to a high temperature. As suggested by the name, broadband sources generate white light with peaks of diverging intensity across the spectrum. However, their significance has been dropping given the rise of other sources nowadays.

Laser excitation sources have gradually replaced the broadband sources in fluorescence flashlights under lighting advancement. In contrast to broadband sources with multiple peaks, laser excitation sources offer one or a few well-defined peaks. This feature provides more choices of illumination to cater for the diversity of samples. In addition, given their high intensity, they have become one of the most convenient excitation sources for a number of dyes. The performance of laser sources is optimised upon an equal dye’s peak excitation wavelength as the laser’s wavelength. Yet, in reality, the matching between the wavelengths of dye and laser is complicated, and often cannot be achieved. Accordingly, a suboptimal wavelength is usually adopted, which can still produce a significant fluorescence from the dye. 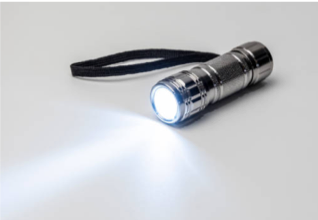 In recent years, LED sources have been the ideal option for fluorescence flashlights. They produce visible light by allowing an electrical current to pass through a microchip. Considering the wide range of wavelengths of LED sources, it is common to use a filter to narrow the bandwidth in order to maximise the effect, for example, they can be combined with a simple long pass filter which blocks the excitation and generates the transmission of dye signal. The use of a filter can ensure the emission of the designated light and match it with the sample. With a perfect match between the lens and filters, the fluorescence flashlights equipped with LED sources can entirely eliminate the distraction from both the lighting system and the environment, creating the ideal illumination. 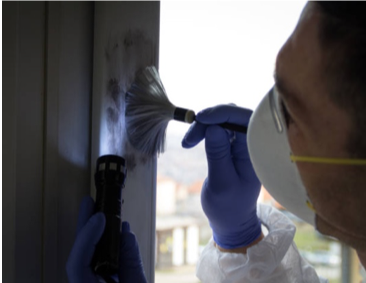 Relative to the above two light sources, consisting of broadband sources and laser excitation sources, LED sources carry numerous benefits, which make them the most frequently adopted sources in fluorescence flashlights nowadays. In particular, LED flashlights are cost effective. Despite a slightly higher upfront cost than the other sources, LEDs have a long lifespan, contributing to a lower average cost. Take the SL8803-455 model as an instance, its average LED life is 30000 hours. Another benefit is their portable design. Compared with standard fluorescence flashlights with incandescent bulbs and several batteries, LED flashlights can achieve the same illumination effect with a smaller number of bulbs and less drain on batteries. With reference to the SL8803 series portable excitation LED light source, it offers an intensity of 15000 LX  at the distance of 300 mm, while maintaining a portable size of 73*193 mm and a weight of 400 grams. Therefore, it serves as the best choice for outdoor applications with its convenience, for example, during geographical or forensic analysis. Furthermore, LED flashlights carry an uplifted reliability. Considering their solid-state construction and small plastic bulbs, in contrast to the flashlights with fragile incandescent bulbs, they are more resistant to shock. The extended battery life allows continuous operation for an average of three to five hours. The stability of UV intensity of the SL8803 series is even higher than 90%, which explains the countless applications of LED flashlights in diverse fields.

In general, there are three major light sources for fluorescence flashlights, including broadband sources, laser excitation sources and LED sources, displaying the improvement of lighting technologies over the decades. LED fluorescence flashlights have integrated the features of other light sources and have been evolving. By gathering the advantages of high cost effectiveness, portable design and great reliability, LED flashlights have become the best tool in multiple industries.