How To Optimize The Effects Of Fluorescent Leak Detection Lamps? 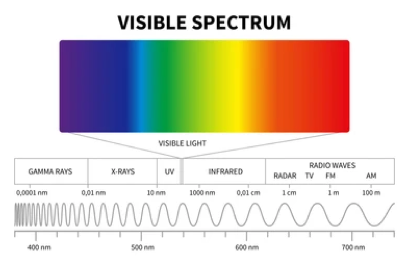 The features of fluorescent leak detection lamps include wavelengths, beam profile, and intensity. Despite that the major fluorescent dyes glow under multiple wavelengths, the wavelengths of the mainstream lights lie between 300 to 400 nanometers, illustrating a strong and consistent beam profile. It creates a focused illumination to project the light. Another remarkable aspect of fluorescent leak detection lamp is its ability to evenly light the indicated areas. In particular, the Super UV LED Lamp SL8803 adopts a broad-beam configuration, creating an extremely wide coverage. Specifically, it produces an irradiated area of 160mm at a distance of 38mm. The violet and UV lights are usually applied given their ease in activating the fluorescent response.

The major advantage of fluorescent leak detection lamp is the increasing efficiency of operation. By adopting the lamp to scan the polluted spot, the leakage can be instantly highlighted even on an insignificant size. Another benefit is the reduction in costs. The refrigerant and fluids required for detection in the past can be saved. Correspondingly, both the time and financial costs for operation can be lowered.

To optimize the effectiveness of fluorescent leak detection lamps, a correct light choice should be decided based on the specific usages of each light and the circumstances. 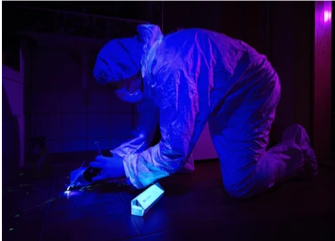 Given the highest intensity, ultraviolet light provides the same effects with all colored dyes, even in dirty diesel oil, displaying the largest convenience. In addition, similar to violet light, less visible light is produced during operation. Furthermore, UV light is higher magnitude energy, making it invisible to human eyes. However, concerning its great light generated which may harm human vision, clear UV absorbing glasses are recommended.

The blue light works best with both green and yellow dyes. Among all the light options for , blue light is the most budget friendly. Accordingly, it serves as the one of the common choices for small companies. Regarding the fact that its intensity creates impacts on human eyes, technicians are required to wear yellow inspection glasses.

Factors for a quality dye

On top of the models of fluorescent leak detection lamps and their light choices, the fluorescent dyes adopted play an additional role in determining the effectiveness of leak detection. A quality dye generates the brightest leak detection response. One of the factors for dye fluorescence depends on the ratio of fluorescent material to the carrier oil. The dye should also be concentrated to raise the cost efficiency by reducing the quantity of dye required. A dye with high quality is typically solvent free, fully miscible and NSF certified. The potential compatibility issues can be prevented. 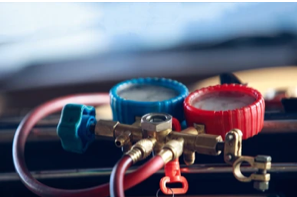 Given its uplifted efficiency and effectiveness of leakage identification, the fluorescent leak detection lamps have become one of the game changers in nowadays world. The instant visualization of fluorescent effects makes it widely adopted in countless applications, for instance, automotive leak detection, gemstone, mineral inspection, and arson detection. It contributes to the routine quality control. To further expand its benefits, technicians are expected to choose the most suitable dye and light according to the specified requirements.  Nevertheless, the fluorescent leak detection lamps are recognized as the best dye companion for identifying leaks.