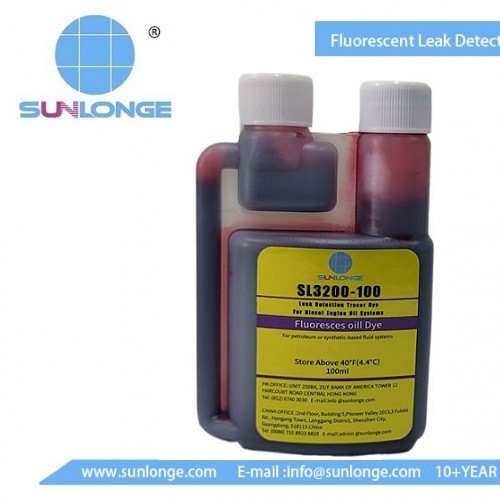 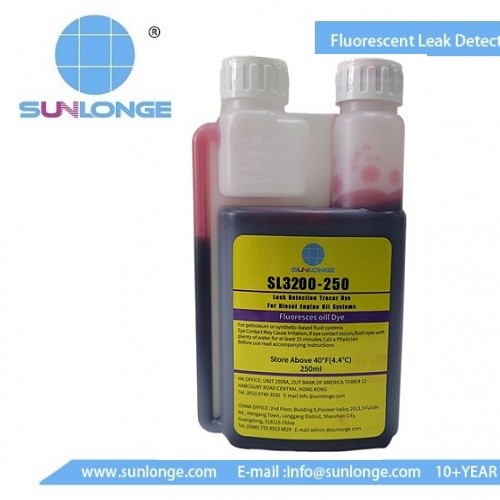 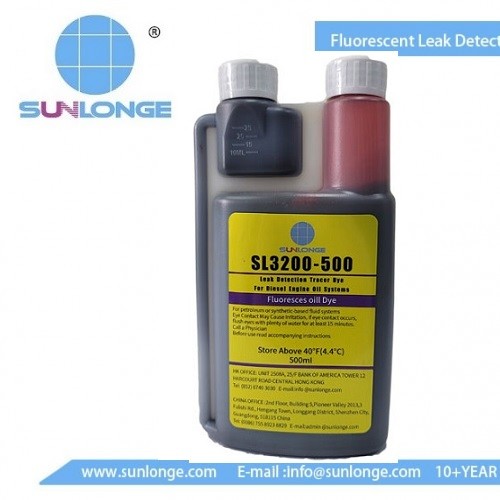 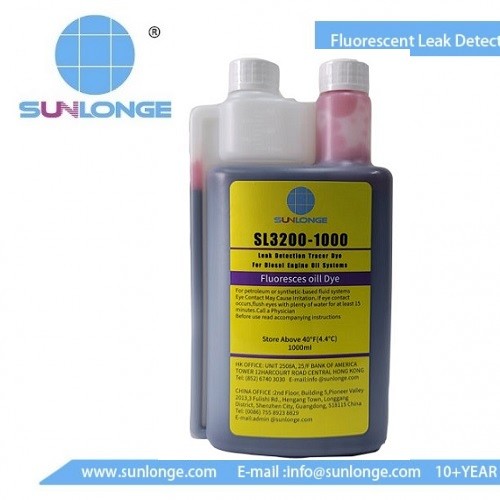 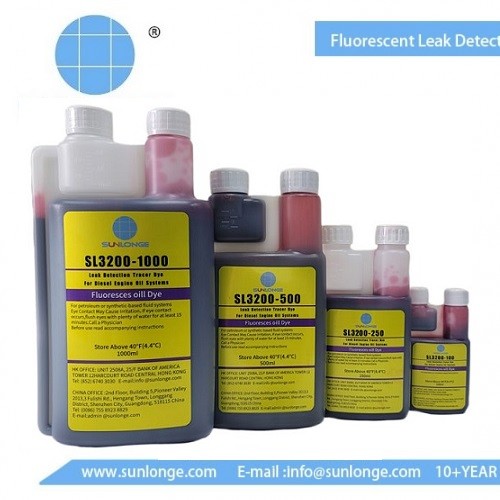 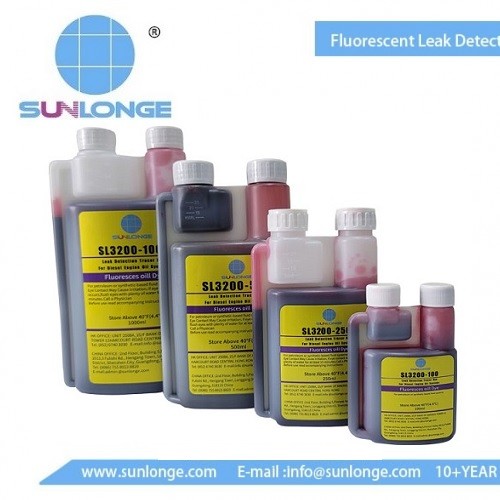 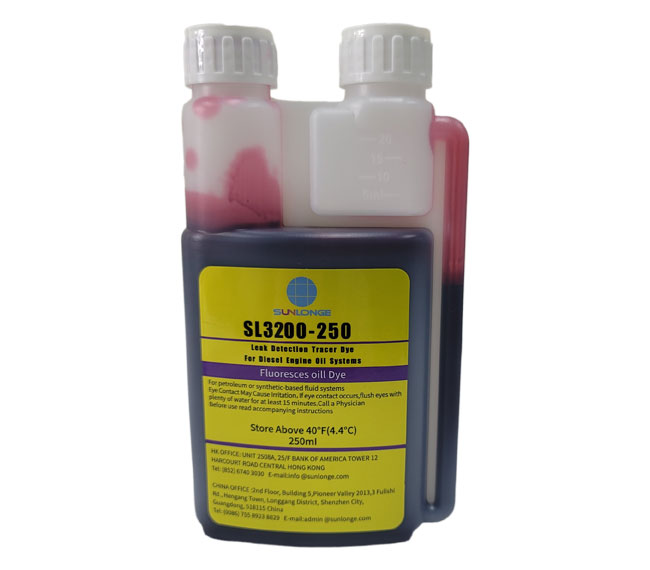 Typical Uses
SL3200 leak detection fluorescent dye can be used for detecting oil leaks in gasoline and diesel engines. This application requires addition of the fluorescent dye to the engine oil and subsequent examination of the engine using a high intensity black light. Leaks are easily detected with this system by the intense white-yellow fluorescence of the dye. This fluorescence is readily distinguished from the natural blue fluorescence found in some oils. 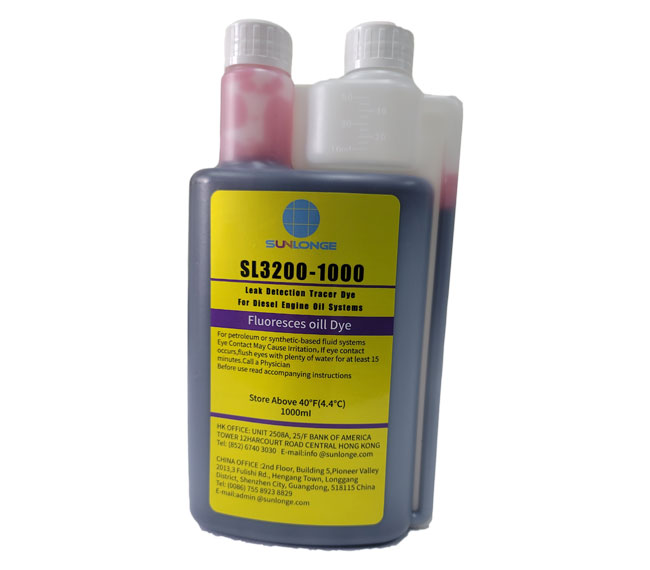 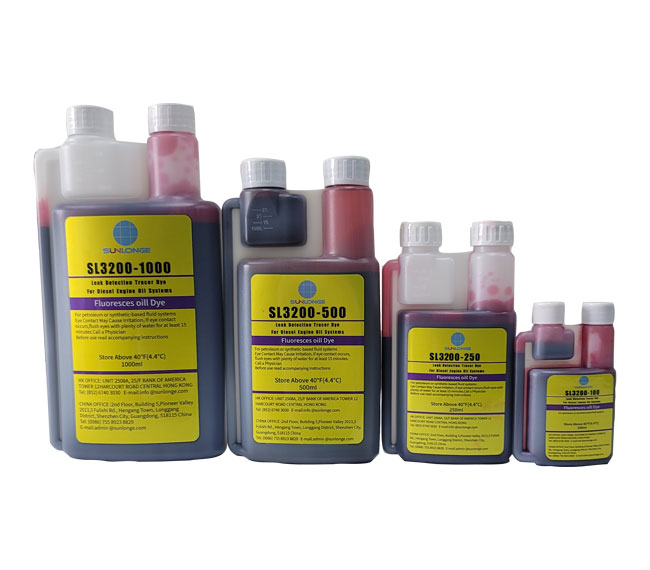 Recommended Dosage
The following recommendations are provided as a starting point for typical applications. Actual dosage will depend on desired color strength as well as background color of the base material.
Hydraulic &amp; Transmission: Fluids 500 to 2000 ppm
Car Engine Oils: 500 ppml
Diesel Engine Oils: 700 to 2000 ppm

Remarks：Leak Detection — How It Works
It's a simple fact: circulate refrigerant, oil, coolant, fuel, hydraulic fluid or automatic transmission fluid and sooner or later leaks will develop. Leaks are often virtually impossible to find with conventional methods until they result in expensive vehicle failure.

The fluorescent leak detection changes that. It quickly locates even the smallest and most elusive leaks, including intermittent and simultaneous multiple leaks that would otherwise be missed. The Tracerline method saves labor, money, and downtime, as it also conserves expensive refrigerant and fluids. 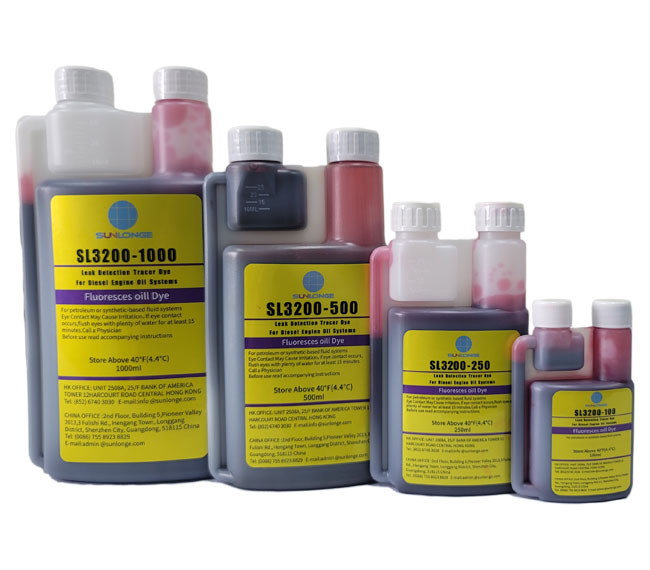 The leak detection utilizes a simple method that has only two basic parts. A high-intensity Tracerline ultraviolet or blue light lamp is teamed up with the appropriate Dye-Lite (for fluid leaks) or Fluoro-Lite (for A/C leaks) fluorescent tracer dye. The fluorescent dye is added to the system and circulated. The system is then inspected with the lamp. Since the dye collects at all leak sites, the lamp will show the precise location of every leak with a bright glow. The dye can remain in the system indefinitely and does not affect system components or performance.

Send Message to us